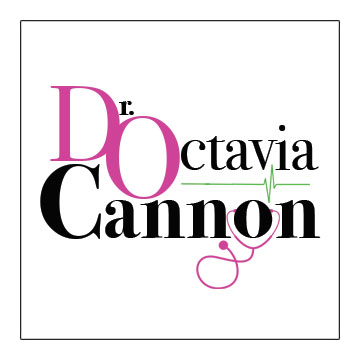 She is an Honors graduate and active Alumnus of Johnson C. Smith University (Charlotte, NC); where she was a Duke Endowment and UNCF scholar.  She was honored as the University’s Alumnae of the Year at the Arch of Triumph Gala in April 2018 and in July 2021 established a $25,000 scholarship endowment in her name for STEM students.  Dr. Cannon earned her medical degree at Nova Southeastern University College of Osteopathic Medicine (Miami, FL); where she honed her Spanish-speaking skills. A native of  Lansing, Michigan; she pursued her residency training at St. John/Detroit Riverview Hospitals closer to home.

Dr. Cannon continues her personal mission of public service and health education via numerous leadership roles on local and national levels. She is the 2018 President of the American College of Osteopathic Obstetricians and Gynecologists and is the first African-American president of the organization (established in 1934). She is a member of the American Osteopathic Association Media Relations Committee and enjoys contributing to health-related articles in many national media publications and television appearances. She was recently featured in a 2017 Sun Coast Emmy Award winning PBS documentary on the history of women in osteopathic medicine entitled, “The Feminine Touch”.  Dr. Cannon also served on the Board of Directors for Florence Crittenton Services for 6 years; a national organization committed to assisting pregnant/at-risk young women take charge of their lives and support their families.  She was a charter member of the American College of Obstetricians and Gynecologists (ACOG) Women’s Preventive Services Initiative task force. Recently, she was appointed to the ACOG task force on Pregnancy and Heart Disease; which is headed by incoming ACOG President, Dr. Lisa Hollier.   She also enjoys her membership in the Chi Epsilon Omega graduate chapter of The Alpha Kappa Alpha Sorority, Incorporated, The Lansing/East Lansing Chapter of the Links, Incorporated and The Junior League. Dr. Octavia speaking at school and giving a demonstration on how to properly prepare for surgery. Dr. Octavia receiving award along side Mayor Vi Lyles at Johnson C. Smith University at the Arch of Triumph GALA 2018

LOOK AT WHAT PEOPLE ARE SAYING ABOUT DR. OCTAVIA...

Dr. Cannon delivered my daughter 7 years ago, and it was an unforgettable experience! I remember it just like it was yesterday. Words cannot express how wonderful of a doctor she is and a wonderful person. This was my first child and she was there with me every step of the way. She was very attentive, knowledgeable, and an overall good spirited woman. Her bedside manners are impeccable and I'm so grateful to have had the opportunity to have such a wonderful person deliver my first child. I can go on for days about how wonderful Dr. Cannon is but I'll stop here. All I can say is, if you ever get the chance to have her as your doctor, you won't be disappointed.

I have been a patient of Dr. Cannon's for 8 years now. She is wonderful, has delivered my sweet children and genuinely cares about your well being; physical and mental. I live 45 minutes from her offices now and I still see her.

Warm, caring, capable and competent. Possesses the highest moral compass there is..

It was very difficult in finding the right physicians after relocating to Charlotte from NY. Now taht i have found an excellent women's doctor,I would definitely recommend Dr. Cannon to any woman who is looking for an OB/GYN. At my first appointment- not only was she was welcoming but she portrayed herself as being a woman first. I immediately felt a calm with her presence as she entered the room. I was uncomfortable with the thought of my possible diagnosis, yet she made me feel at ease with her "I wanna help you " attitude, her caring approach, her , "things will be fine" smile and her overall conversation during my exam. Dr. Cannon exhibited a level of professionalism that is sometimes excluded from healthcare today, which is the balance of having an outstanding bedside manner while practicing medicine. I was pleased with her "girlfriend like" demeanor while she shared her medical expertise and advice with me. In general, I am more than pleased to have her as my GYN.